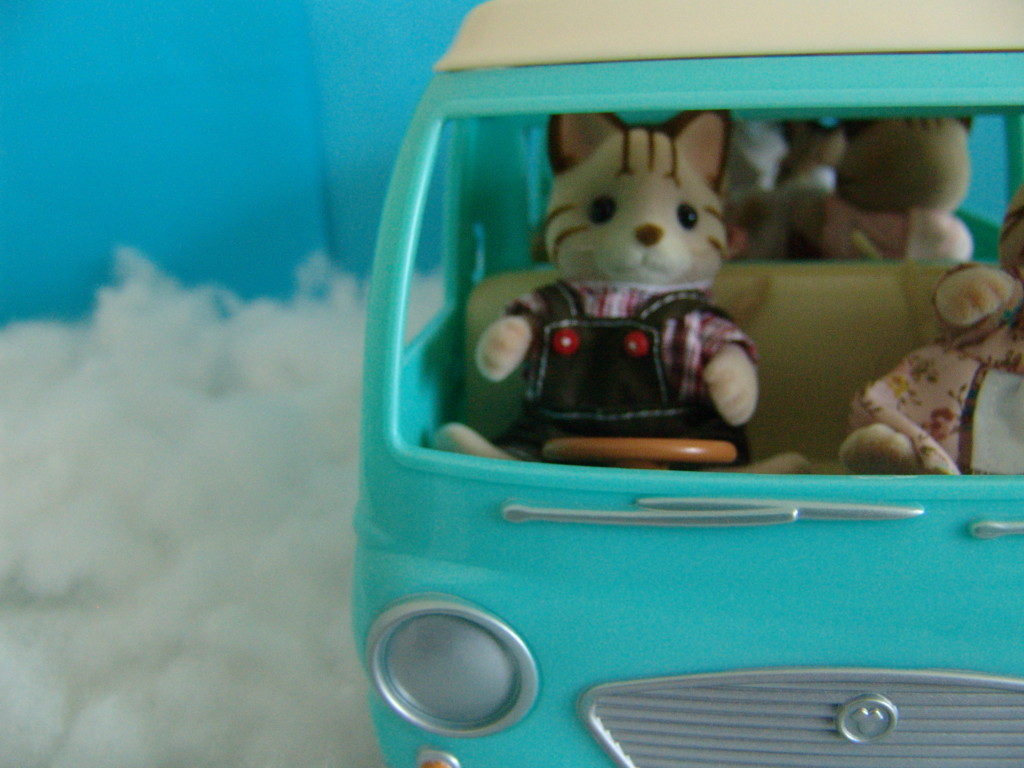 In the morning Alonzo was greeted with a plesant surprise, it had not snowed during the night! This was a very good thing as it made the roads less snowy which increased the campervans speed. Not wanting for it to start snowing, they set off. 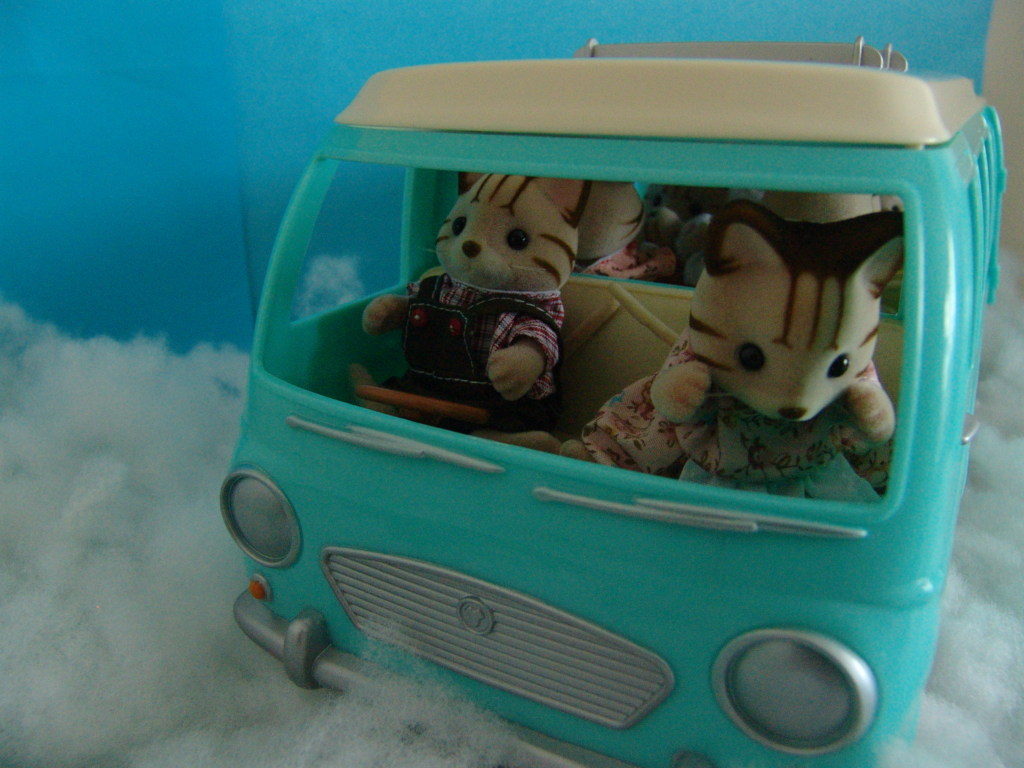 Suddenly Lupin gave out a shout,

“Father! Stop the campervan! We are missing the christmas tree!”

“What? How could we?” Exclaimed Alonzo, quickly he turned the caravan around and drove back the way that they had come.

“We are never going to get to Dandelion Creek on time” sighed Caroline who was longing to see her cousin Elliot Beaman and burried her face in her paws. 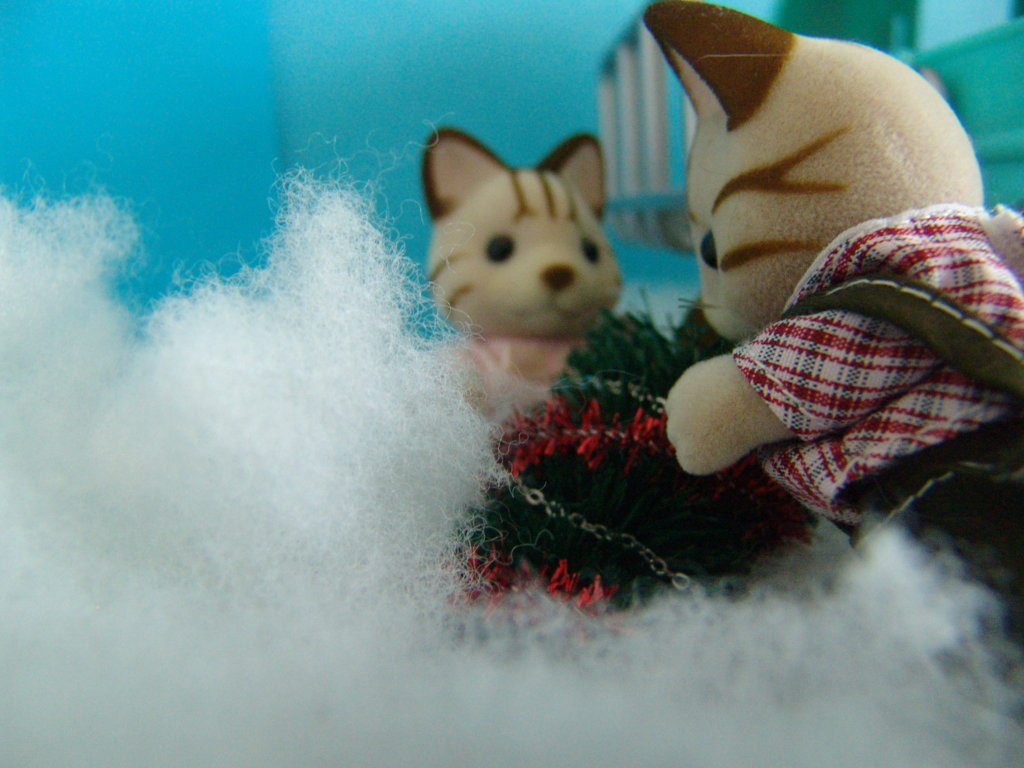 “Who in their right mind would put the tree there?” questioned Alonzo as he pulled at the trunk of the now snowy Christmas tree.

“Well, it would always have been in the way anywhere else, we really shouldn’t have taken it along” Lupin grumbled, helping his father pull the tree out of the snow.

Several hours or days it seemed like to Caroline they had finally arrived at the outskirts of what would be their new home. 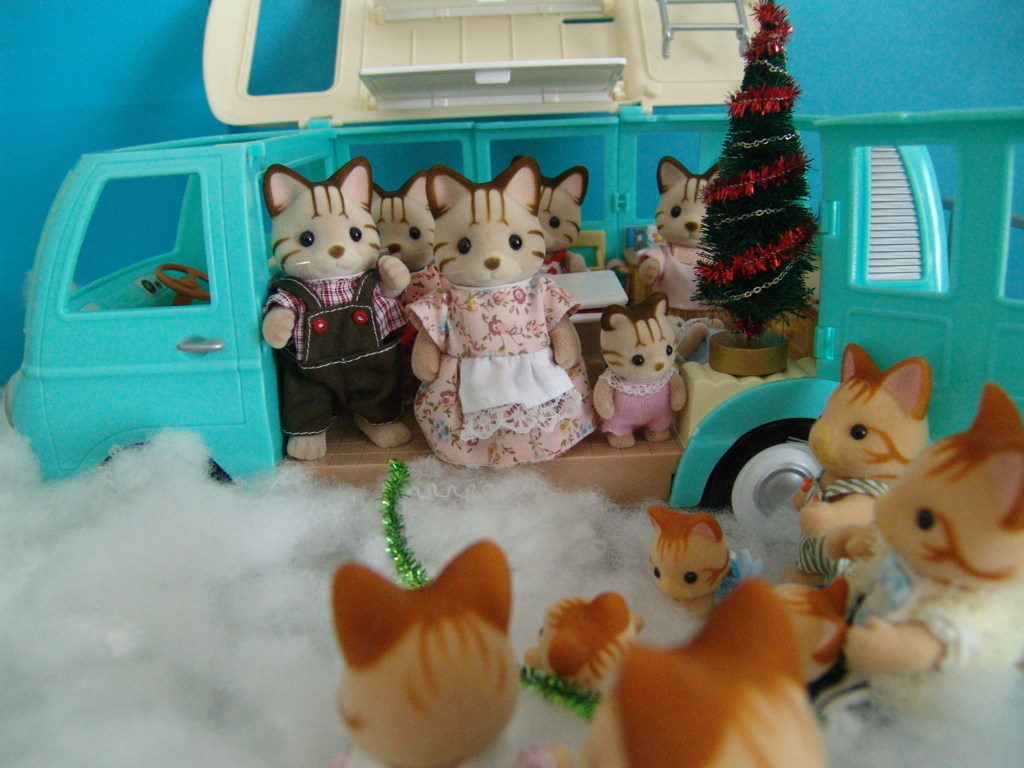 Meanwhile the Beaman family had discovered a piece of green tinsel which they had supposidly forgotten to pack up along with all of the rest of the decorations. Strangly enough, it lead through the window, along the garden path and dissapeared around a tree. Curious as they all were, they followed the tinsel, forgetting to even put on warm clothing. Then, around a hill they walked and then couldn’t believe what they saw. 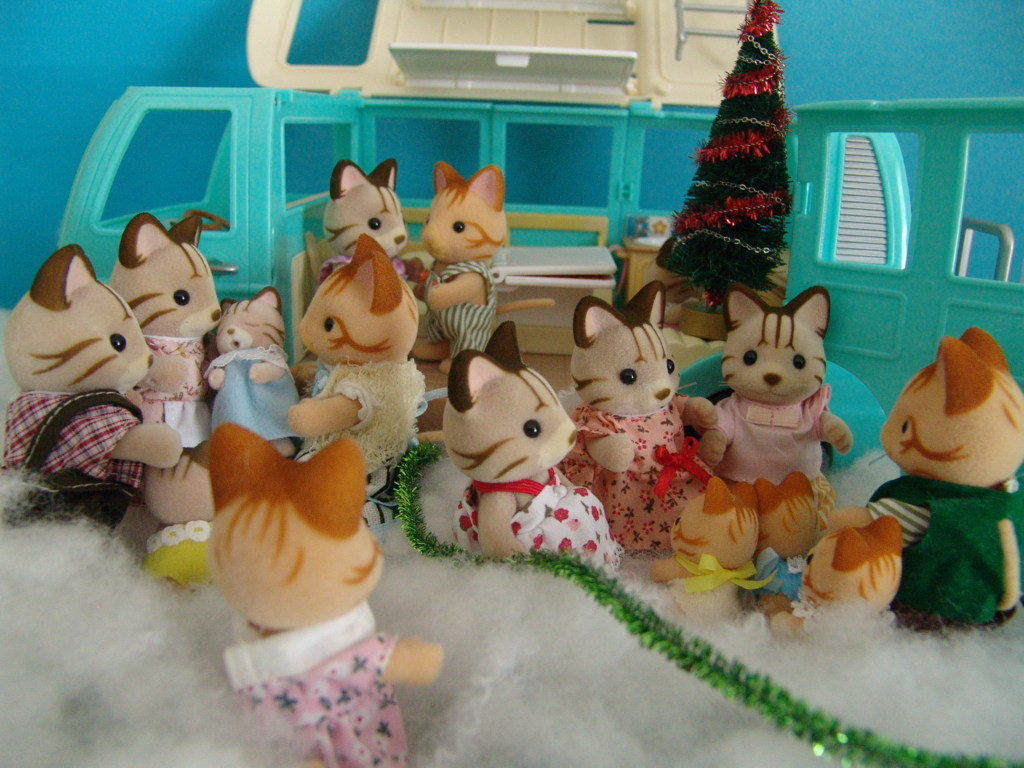 Elliot was overjoyed to find out that his cousin Caroline was moving to the village and everyone were all soon chatting, giggling and hugging. Alonzo and Caroline now were quite sure, it had been the right decision to move to Dandelion Creek.

So yes, the story is finally here. I am hoping to update the “Meet the Critters” page soon (deadline 20th Feb) and I have already taken the photos for my Evie’s Sleepover Set review which I will post if all goes well next weekend.