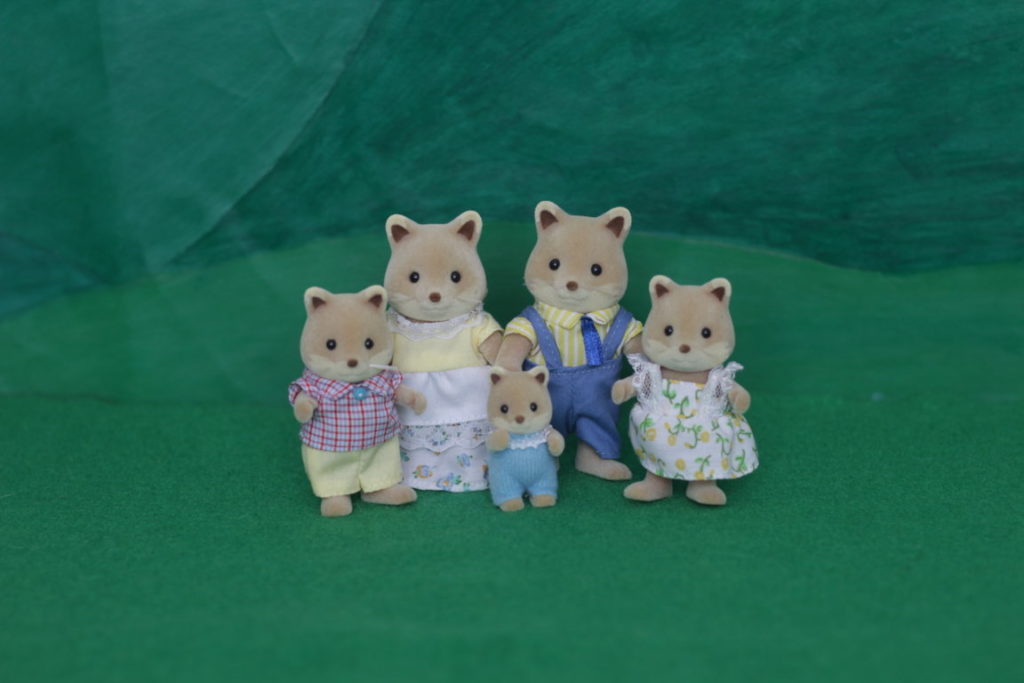 Slick Slydale is a quite a strong man! Young children are often scared by his big and manly appearance but his warm personality usually quickly wins them over. He is known for being a real softie under his skin though he would never admit it to anyone except for maybe his wife Velvette. For a job Slick does anything to do with construction or carpentry, that could be something as large as renovating a house for example or something as simple as mending a broken chair leg.

Velvette Slydale is a bustling woman who likes to wear large dresses because she is all for comfort. Her greatest pride are her three children, Buster, Daisy and Skitter. You will always see Velvette to be very enthusiastic when the local school or nursery holds or announces an event or performance! Washing clothes and bed spreads is also one of her favourite things to so it is no wonder that she is friends with Tabitha Hazlewood who also loves to wash and has a brand new washing line!

Buster Slydale is known for his large array of pranks and jokes he plays on everyone. He is forever teasing his twin sister for being named after a flower and is constantly saying things like ‘Oh my precious petal!’ or ‘Are you quite sure you are alright Daisy diddums?!’ or ‘Rise and shine little flower, delicate Daisy dear!’. Of course he gets along very well with Rumpus Macavity, the boys are quite similar!

Daisy Slydale is not a ‘delicate flower petal’ as her brother calls her. She is in fact a very confident young fox who isn’t afraid to speak her mind. Perhaps that is the reason why her twin brother Buster insists of teasing her about her ‘soft and delicate’ first name. Being quite tall for her age, Daisy uses it to her advantage when she is picked to be the leader of groups projects, she can become quite intimidating when she scold her peers for not pulling their own weight, looking very much like her mother Velvette as she does so.

Skitter Slydale is the toddler of the family who is simply adored by everyone. His large eyes makes it hard for anyone to resist him and a few of the girls at nursery are already swooning over him. His mother Velvette believes that he will grow up to be a simply handsome fellow! Skitter likes to drink peppermint tea for some reason, ever since he tried his father Slick’s tea a year ago. 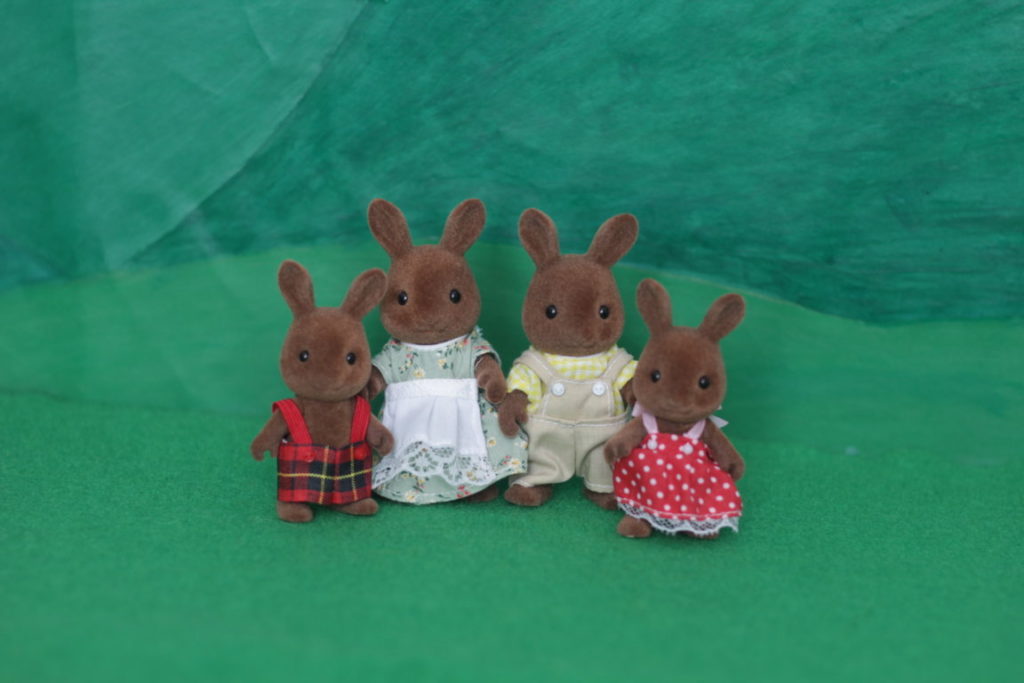 Herb Wildwood is all about being the best husband and father he can be! He loves his children and greatly prefers Ginger’s simple cooking over some overly lavish restaurant dish as her dishes make him feel ‘whole and fulfilled’ again after a long day in the country side. Not only that, he likes the family atmosphere that is present when the family eats together in their home and he feels that you can only get that feeling when the family is eating delicious home cooked food!

Ginger Wildwood loves to organize and plan garden parties. Naturally, this makes her a very social woman as sylvanians love her organized events as they are always fun and Ginger is full of an enticing warmth which seems to attract everyone! She likes to provide very rustic and simple meals for her family consisting of mainly root vegetables which she cooks into delicious stews.

Rusty Wildwood likes music and plays all sorts of instruments. He can’t choose which instrument he likes best because he likes to play so many! Everyone in the village who wants to learn an instrument goes to him as he is known not only for his extensive knowledge on nearly anything to do with music but also for his patience to teach. He really wants to play in an orchestra or band when he grows up and then open his very own music school!

Hollie Wildwood loves to bake just like her mother! When her mother is organizing a garden party she would often volunteer to do the baking, whether it is cakes, pies, cookies, anything! The only part about baking Hollie doesn’t like is the cleaning up and dish washing part of it sometimes she bribes her brother Rusty with the promise of cake to do it for her. After school and on weekend she sometimes helps out at the Bakery. Not for money but to improve her skills and to improve her knowledge of all things baking!

Here are the two descriptions for the two new families! For more descriptions you can look in the ‘Meet the Critters’ category at the top of my blog. I have updated some of the photos there because some still had my old and faded hills background and it was annoying me. How has your week been? For me it was back to school which was okay I guess if we didn’t already get homework on our first day. Anyhow, have a nice day!