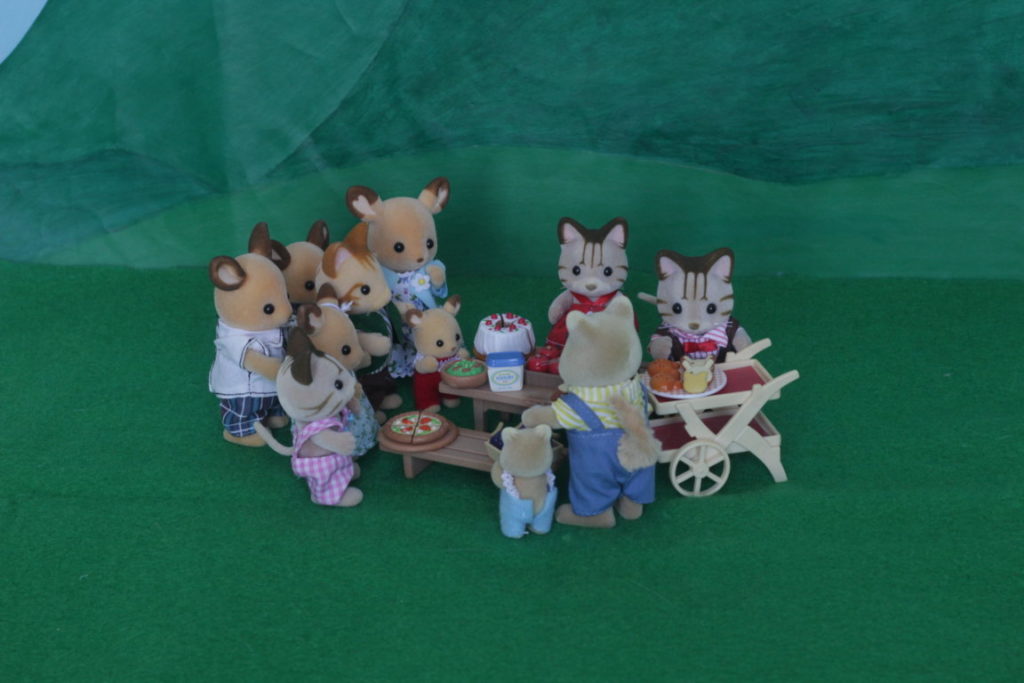 “Come everyone! I have had a little feast set up for us!” Mayor Elliot Beaman called to the Buckley family.

“Oh this is wonderful! You are so kind to us!” Agatha Buckley thanked.

After Rumpus had discovered that there wasn’t a ghost but a family living in the abandoned house, he had run off to notify the Mayor. After all, it was his village so he had a right to know what was really going on. Elliot had then arranged for food to be brought to a picnic table before going with Rumpus to meet the family.

“Take a seat and help yourselves! My name is Alonzo Macavity and that there is my daughter Asparagus, I run the bakery in the village.”

“And my name is Slick Slydale and this is my youngest son Skitter. We have only just moved here.” 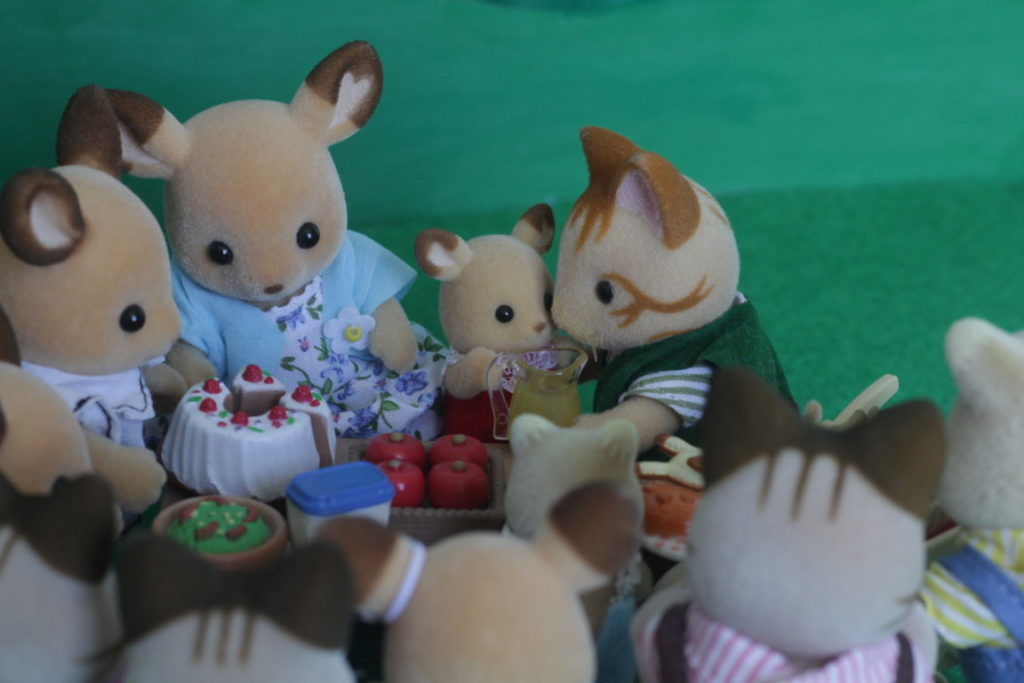 Everyone started to help themselves. Alonzo had contributed bread and cake, Slick fresh apples and grapes while Elliot had gotten salad, yogurt and pizza from his wife to bring along. Overall it was a very nice and balanced meal. Kind Mrs. Cottontail had given them a pitcher of orange juice too. Elliot was just in time to grab it before it could get knocked over by the very enthusiastic Oscar Buckley.

“One of those cat bread thingeys!” 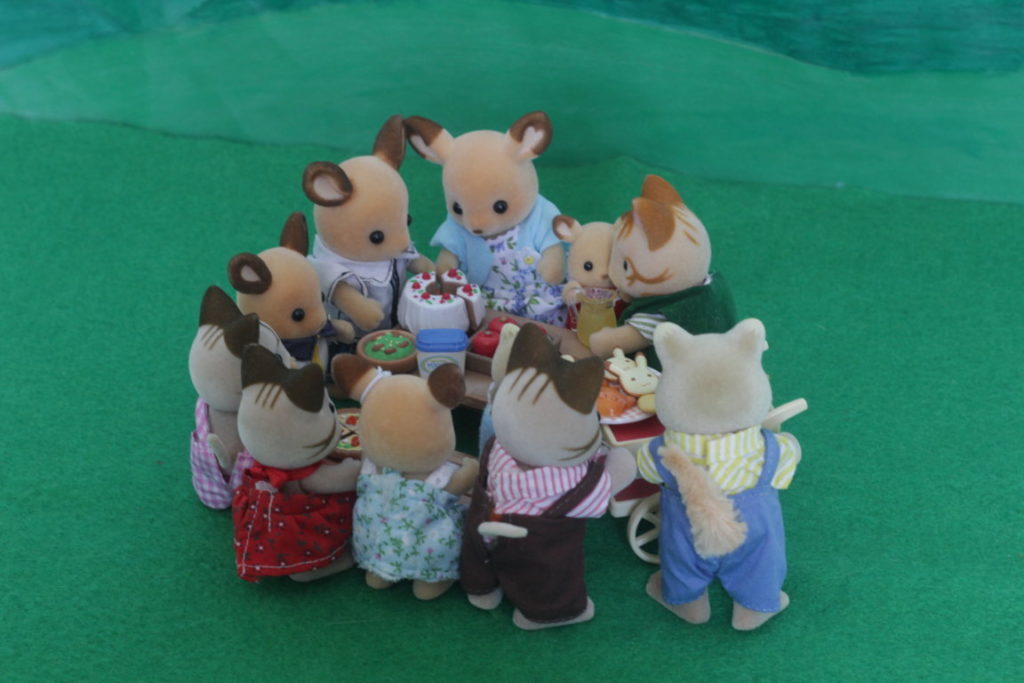 “So, what made you decide to move to Dandelion Creek?” Slick finally asked.

“Well, we were sort of forced to move here.” Rupert admitted. 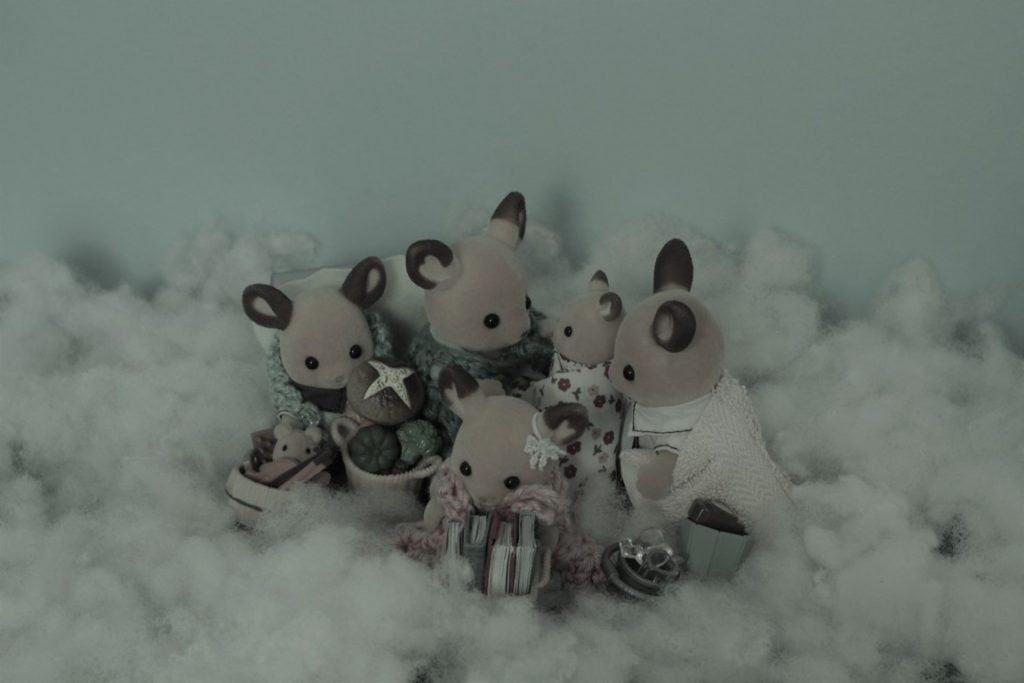 “It all happened around ten weeks ago. All of us were out for a walk, it had snowed quite a bit that day and the snow was piled up very high around the house. Anyway, when we went back to the house, we saw that our little cottage had collapsed under the tremendous weight of the snow which had lain on the roof. It was awful, the snow buried everything except for our small supply cupboard. Thankfully the children had been naughty and had their playthings confiscated or else they too would be buried.”

“It was the worst day of my life” Agatha admitted “We took everything out of the cupboard, very thankful that we weren’t in the house when the roof gave way. Since we lived quite isolated, there were no houses around that we could go to. We knew that the house couldn’t be repaired, it had taken too much damage.”

“We then remembered that we had inherited an old cottage in the West Woodland region so we started to make our way there.” Rupert added. 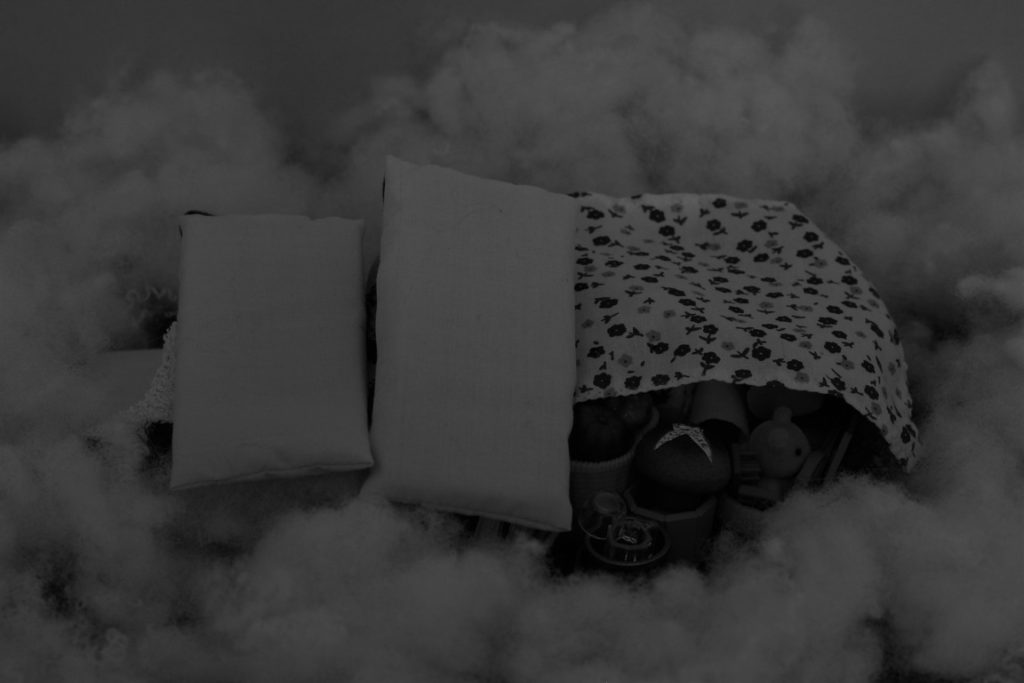 “When it grew dark we cleared the snow from a small patch of grass to sleep on.”

“I will never ever complain about my bed again!” Oscar promised, “I was so cold and the earth was so hard!”

“So we walked and walked to the next village to find out that the trains had been cancelled for the next month and there weren’t any places for us to stay at in the village.” Agatha continued.

“We slept in a barn once! I felt like Mary and Joseph!” Oscar interrupted.

“Then we reached the house, we didn’t know that there was a village nearby, our map was quite outdated.” finished Rupert. 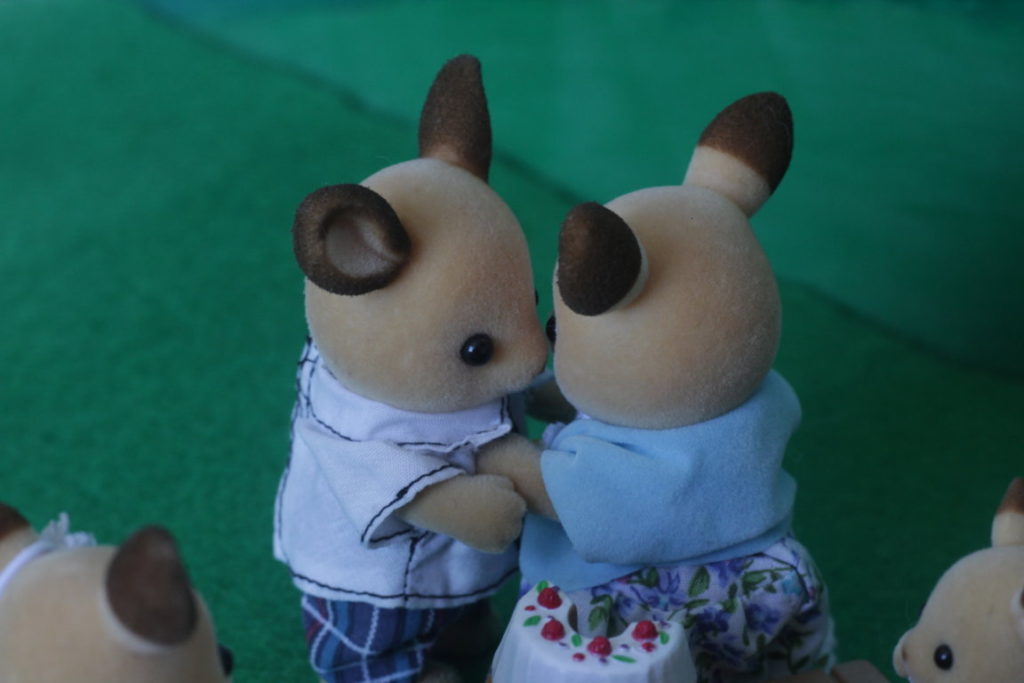 “And now we don’t know what to do! We don’t know anyone and the house need a lot of work!” Agatha wailed, the stress and emotions of the past ten days crashing over her all at once.

Rupert pulled his wife in for a hug as tears started to run freely from her eyes. Everyone else felt awful. The Buckley children had never seen their mother cry before, let alone like this. Alonzo Macavity soothingly rubbed Agatha’s back, like he did to his two infant twins when they were upset. This seemed to calm Agatha a bit but she still continued to cry. 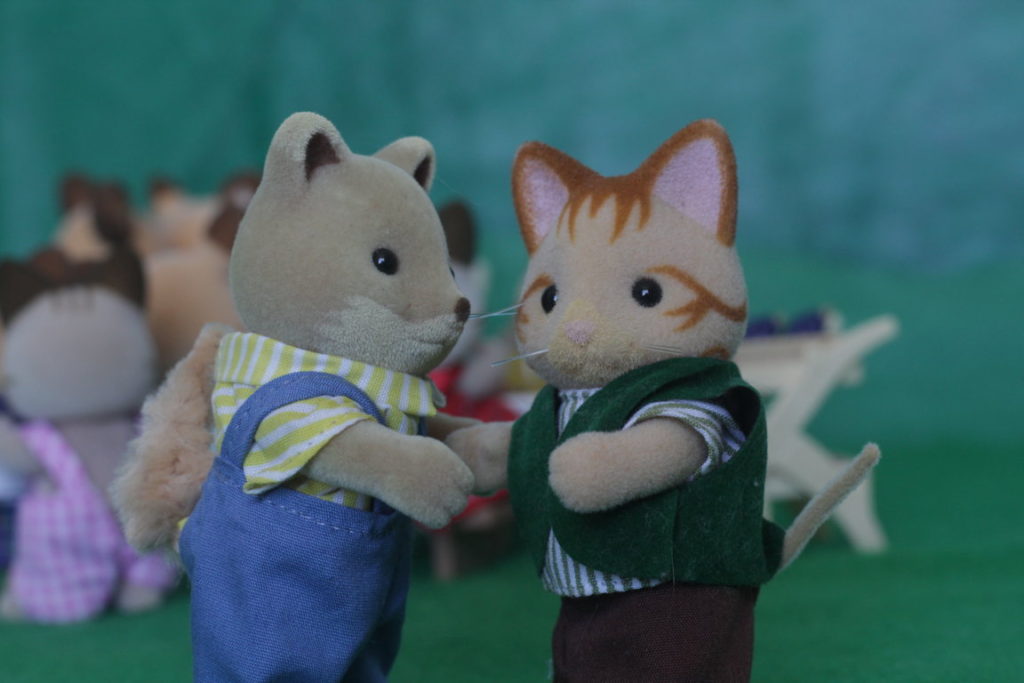 Mayor Elliot had pulled slick away and they started to talk together in hushed voices. 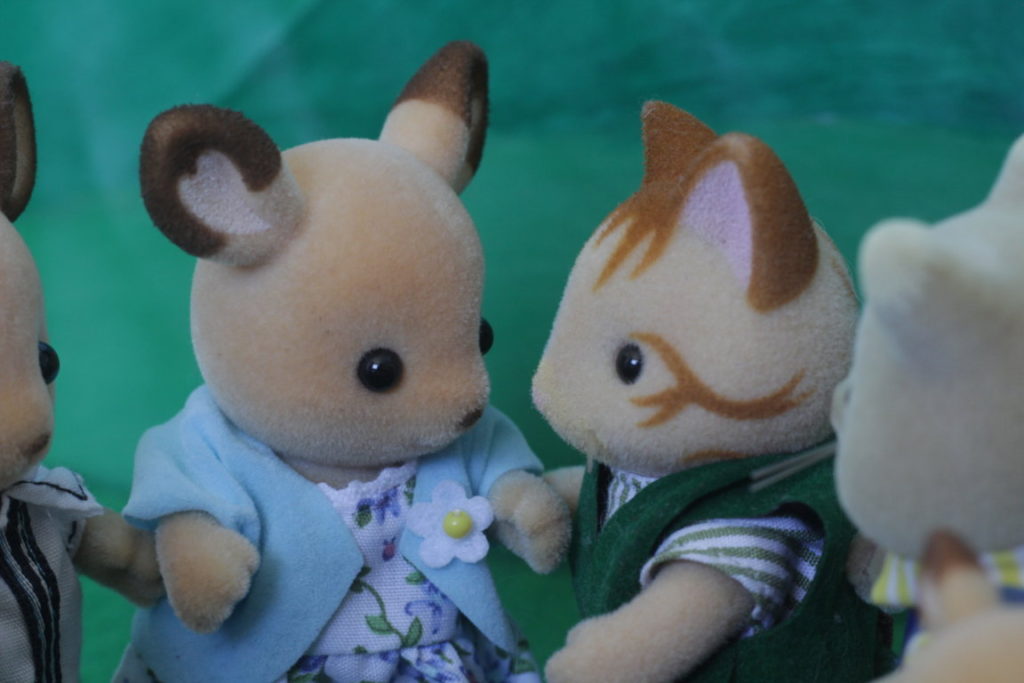 The two walked back over to the group. Agatha had calmed down now and was just gently hiccuping.

“Dear Agatha and Rupert” Elliot started, “Slick and I have just decided that we and the rest of the critters in the village will help you to renovate your inherited cottage” he paused “if you both agree to teach some lessons at the local school. Aristotle Treefellow is very overworked and it would be nice if he could spend some more time with his family.” 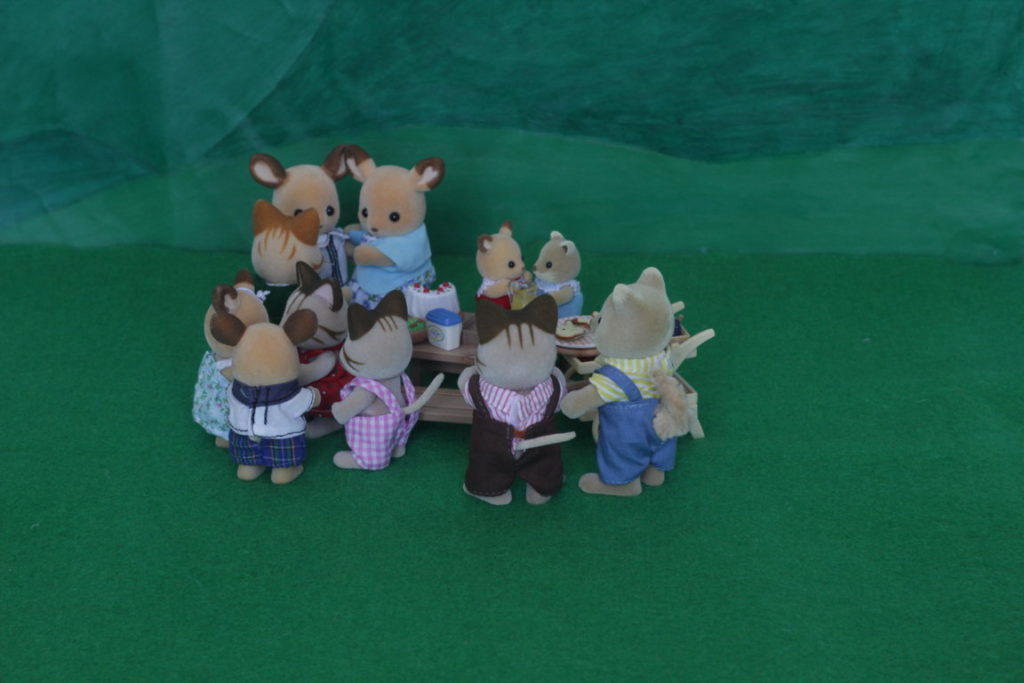 All the Buckley’s let out a faint gasp, shocked that critters who they didn’t even know would be prepared to do that for them.

“Oh yes Elliot!” Agatha exclaimed “Would you really do that?”

“Of course we would. Brilliant idea you two, it would be a nice bonding activity for everyone. We have had many new critters joining us recently!”

“Thank you! You are such good people!” Rupert remarked and gave the three men a manly hug each and then tenderly embraced his wife. 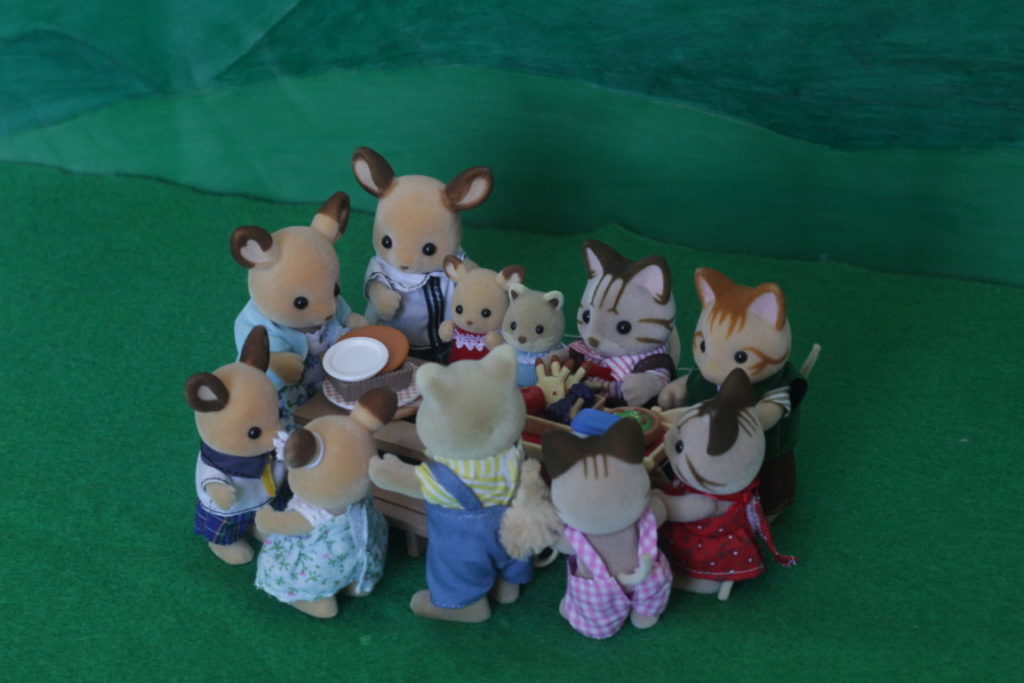 “Yes! I can show you the place where we can play football! It will be so much fun for you to join in! The teams will be even!” Said Rumpus as he helped to pack up what was left of the picnic. The light had begun to fade and the two youngest were feeling quite sleepy. 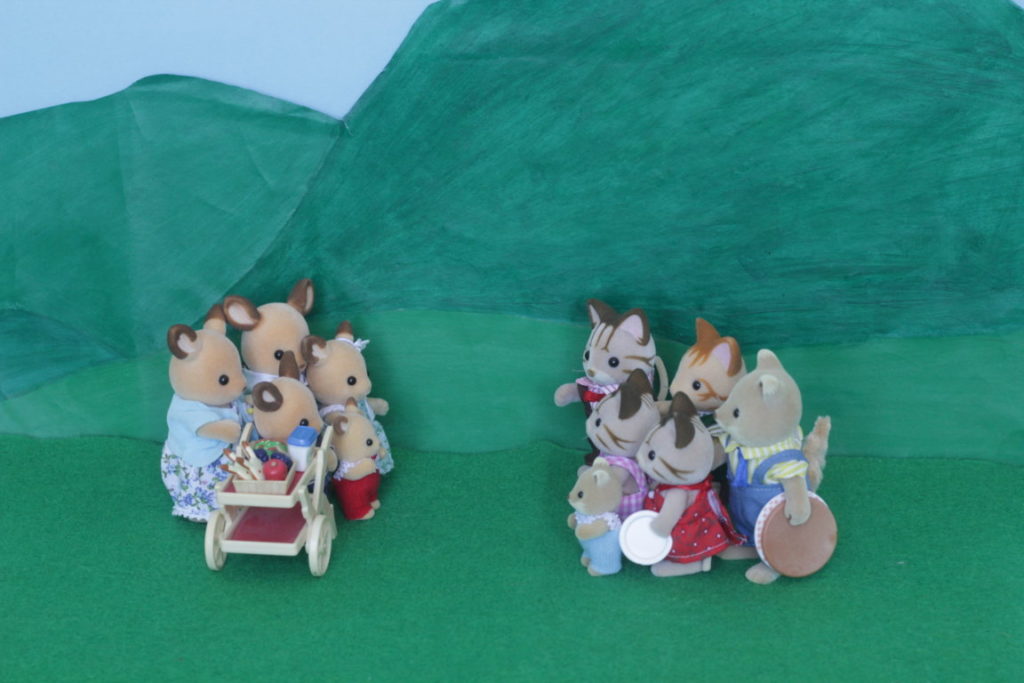 “See you tomorrow at ten o’clock then!” Skitter called to his new friend Oscar.

“Why at ten?” Agatha inquired.

“Because of the Easter egg hunt, silly!” Skitter laughed happily.

“Be at the meadow we walked through before at nine thirty, the hunt starts at ten.” Elliot explained quickly.

The Buckley family waved as they walked back to the cottage withnthe excess food, looking very much forward to the next day. There would be an Easter egg hunt for the children and they would get to meet the rest of the villagers.

Here it is! The last part to the story! Tomorrow I will hopefully post a calendar photo as well as an Easter story. Hopefully, fingers crossed.

Have a great weekend!